Thought i'd introduce myself on here as i'm hoping to post a few restoration projects on here over winter, which i'll no doubt be looking for help - something i've used this forum for for years!

I'm based up in Scotland, i'm turning 30 next year and finally just got my own house with my first garage (which means some additional mower space/workshop!). When I was a kid, I used to scavenge local skips for petrol engined anything. I once found (from memory) a 16" Atco of some sort, a woman had left it on the pavement and I knocked on her door to ask if i could take it. She obliged, so i trundled the 1/2 mile up the pavement to my parents house! I must've been around 14 at that point, maybe even a year or two younger. I got it running and my dad then proceeded to chuck it in the bin when I eventually lost interest. I also pulled a more modern wheeled mower out, got it running and then I think my dad sold it - typical! The final straw of lawnmower enthusiasm when I was a kid was getting my uncle to drive me out to buy a big old ride-on mower that didn't work, I can't remember the make or model but we loaded it into a tiny trailer with the wheels hanging over the edge, got it home - my dad went ballistic but allowed me to get it working before again, taking it to the local dump. Sacrilege!

I gave up then and there on mowers, but now a few years later with my own space I've begun collecting.... Started off with two modern Qualcasts sold as not working, got them running and flipped them for some cash to get some more.

I finally picked up two Atco's, one has had a mild restoration but doesn't run, the other had been sitting outside for god knows how long and needless to say doesn't run and has a rusty tank inside. I've not had time to get investigating but the aim is to just get them running, perhaps touch up some of the rough bits and then sell these as I don't have infinite space and i've got some more on the way! 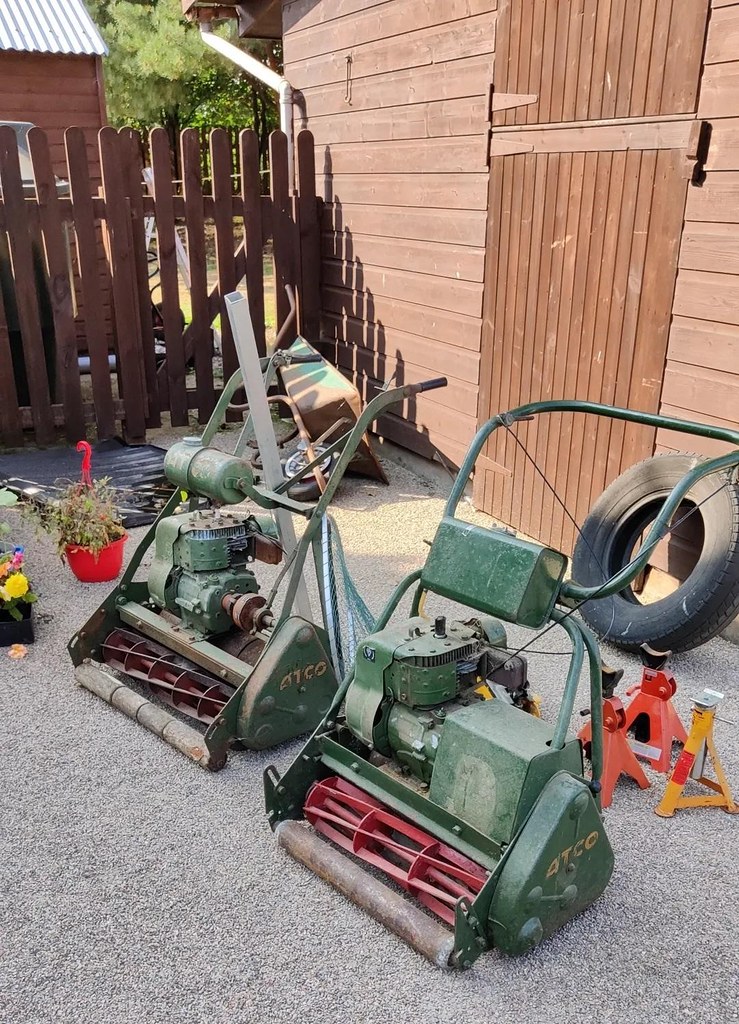 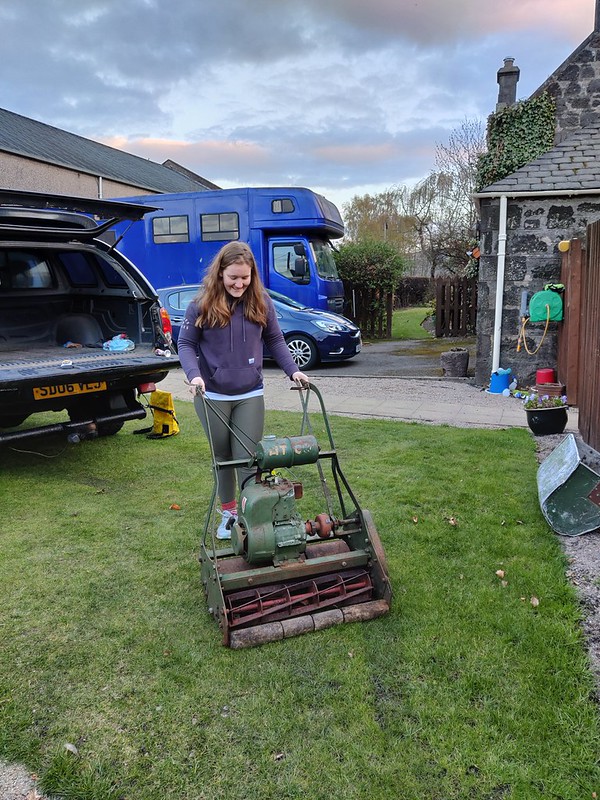 Now, i've just got 3 other mowers en-route! One is a more modern Honda HC16, i might use this initially but then will probably sell it. More interestingly, i've got a Ransomes 16" MK4 which looks in good condition (no idea if it has a grass box with it or not!), and a Ransomes 12" push mower. I'll likely use the push mower for our garden, as funnily enough we have not a huge amount of grass! The MK4 i would like to take to some local events. 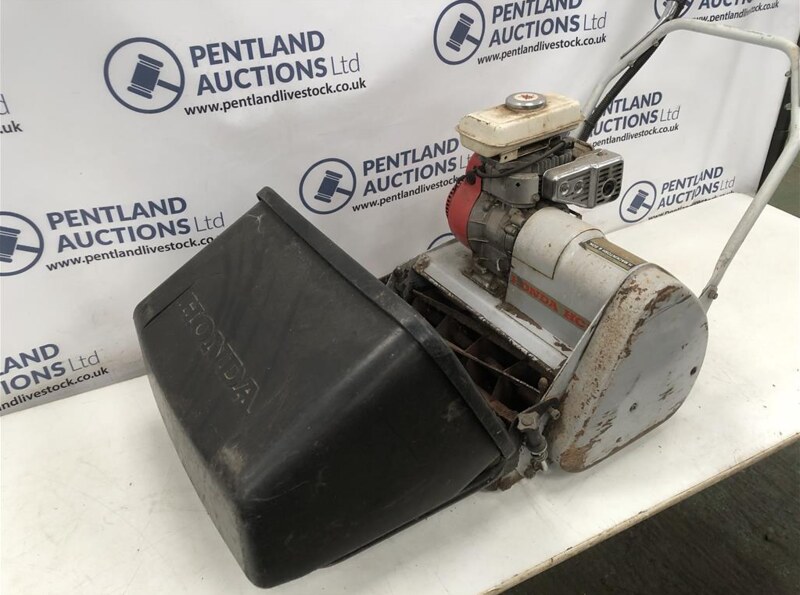 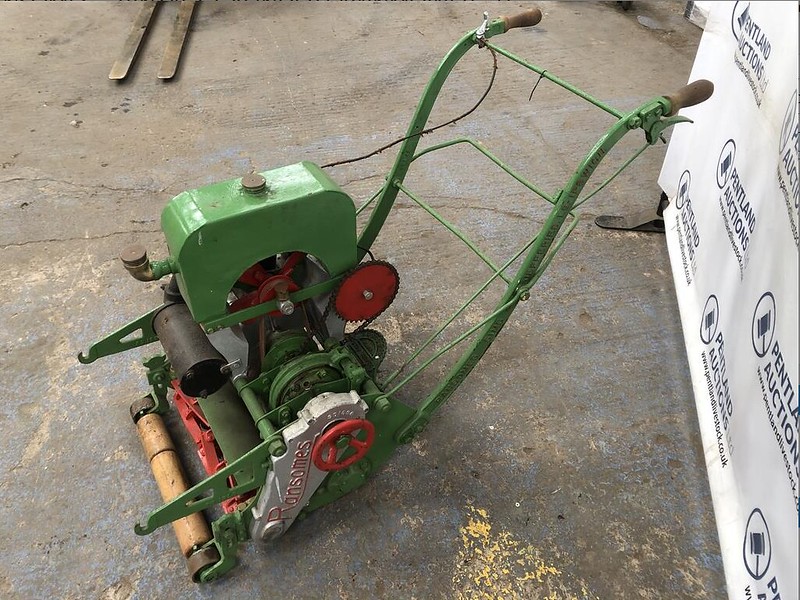 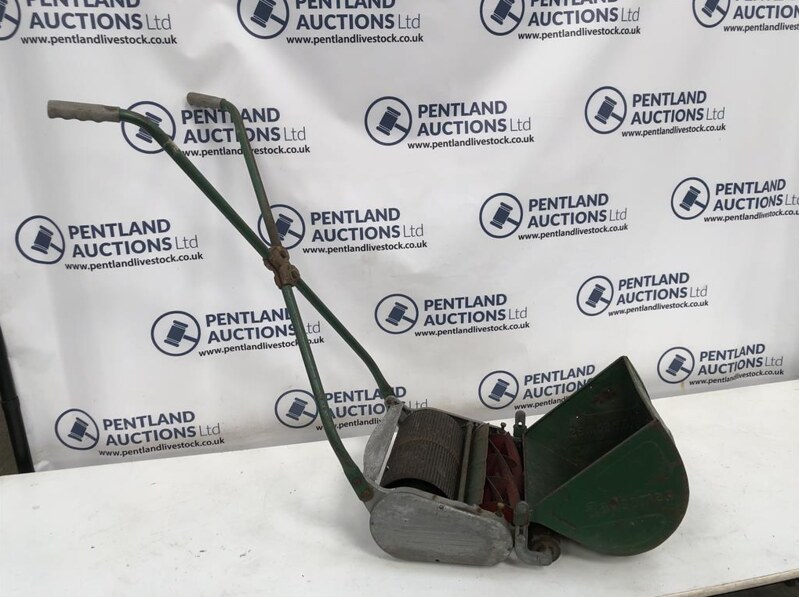 Greetings and welcome. Yours is a great story, perhaps more common than you might think. The best ' driver '  with old lawnmower collecting, and a very good excuse, is to have a reasonable piece of grass or even lawn that you want to maintain and improve.

That Ransomes motor mower is a real catch. I think it should have a scraper plate which will tell you what model/mark it is. Also with luck there will be a small brass plate on the RHS (operators viewpoint ) with a machine number that should help with dating it. You're not wrong there! I'm sure many stories started the same way, it seems like a natural interest for some young lads - something with an engine!

Thanks for your kind words, luckily i have a couple of photos of the scraper plate you mention, and also from another picture I could see the brass plate on the RHS, although not in any detail. Collecting the mower tomorrow, so will get a good look around it once i get it home.

That's a lovely mower you have, and i may be cheeky in asking for some help once i get mine (if you don't mind)! 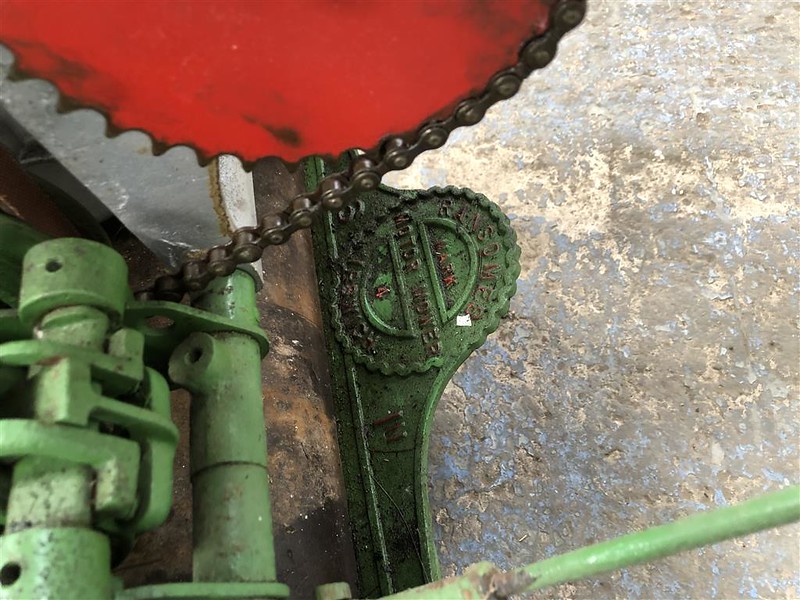 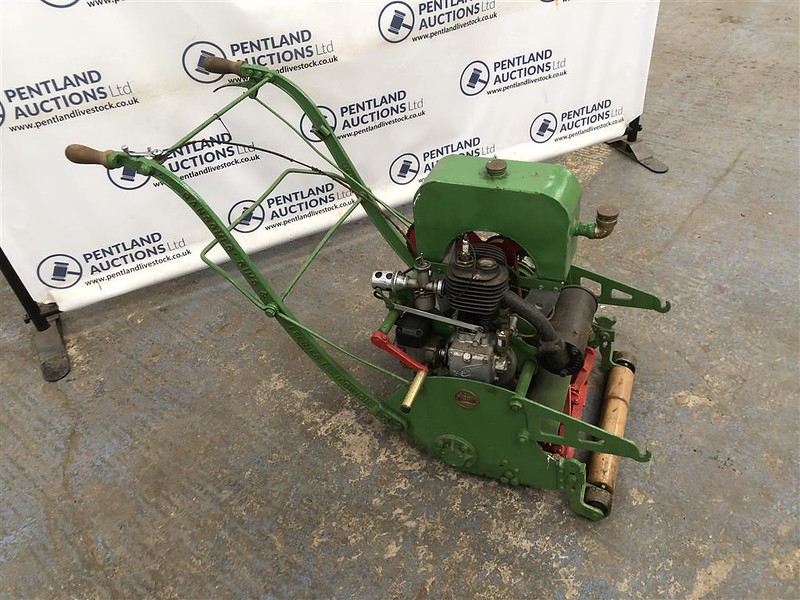 Welcome to the club. I agree with Colin that the Ransomes Motor Mower is a great find. The ornate scraper plate brings me to your push mower. You are now entering into my interest - old push mowers. The Ajax is a very good mower with a simple scraper plate. However there are other amazing Ransomes push mowers out there with ornate scraper plates like the Motor Mower you have. The Ransomes push Marquis is a really nice example to look out for. There are three marks of this model. The Ransomes Patent  Gear and Chain models are also lovely old mowers should you wish to start collecting push mowers . I include photos of some of mine as examples of what's out there.

Douglas - you are welcome to ask though I might not know the answer, being merely the current custodian. Most of the work on it was done about twenty years ago by another Club member. His full account can be read in Grassbox magazines 34 - 37 incl. on the Club website.

That's great, the Ajax is lovely. I was trying it today when i picked it up on my lawn. Definitely think the blades will need sharpened - although i was cutting quite long grass and it was clogging the blade up.

The Motor Mower, lovely. Seems in really good condition - i've got the photo of the serial number here. It's A1510. Does anyone have a manual for these mowers, if they even existed? I'm curious what the starting procedure is, and also what some of the controls do - such as the red circular handle on the left side of the machine? 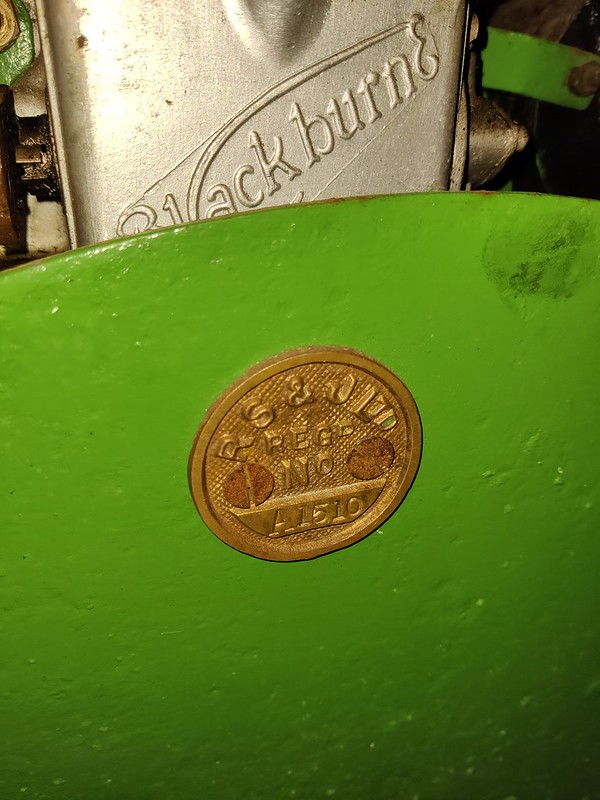 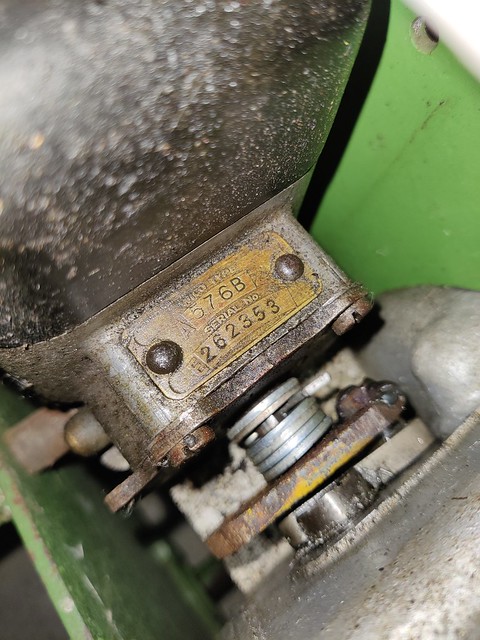 I've also ioined the club, so looking forward to receiving my membership so I can get some more information.

I was having a better look over it tonight - appears the spark plug fitted is incorrect, it is colliding when turning over the engine. Do you have any idea of a modern part No that would get me a replacement?

I have been scouring Blackburne engine manuals for any indication of what I need to no avail.